In honor of Twitter’s 8th birthday, they’ve released a fun tool that allows users to search for anyone’s first tweet. We’ve put together a list of the first tweets from some of our favorites and top 30 influencers in the event industry. Some tweets are relatively normal, but others are pretty entertaining!

Keith began tweeting in 2009 and operates under the handle @PlannerWire.

In 2009, Liese sent a message out into great beyond as @liesegardner.

Another 2009 adopter, David (@DavidMerrell) contradicted his first tweet’s advice by marketing via face to face meetings! We <3 you David!

Joan began tweeting in 2008 as @JoanEisenstodt.

An early Tweep, Mike got off to a sobering start in 2007 under the handle @mmcallen.

Samuel, @samueljsmith, started tweeting in 2009 with an amusing response about urban kayaking. 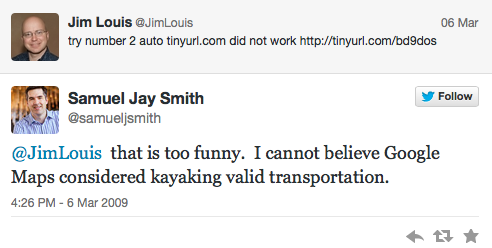 Like most of us, Jenise (@JeniseFryatt) feels naked without her phone. She started tweeting in 2009.

Brandt started floating the Intertubes as @BrandtKrueger in 2009.

Elizabeth started tweeting in 2009 under the handle @elizabethglau.

Midori tweeted about the weather as @AVGirlMidori in 2008.

In 2008, Jessica (@JessicaLevin) let us know she was a very busy person, although she can totally multi-task, tweet and conference call. You rock JLev!

Greg started tweeting as @GregRuby in 2008. (One of my personal faves!)

One of our favorite industry editors, Ms. Kristi Casey of Plan Your Meetings started tweeting in 2008 as @KristiCasey.

Deb Roth, or @PinkDeb, started tweeting in 2009 with a very appropriate question.

Jeff started tweeting at @JeffHurt in 2008.

Dave, who tweets as @VelChain, got on the Twitter fast track in 2009.

In 2008, Lara searched Twitter for an answer as @ready2spark.

In 2009, Dan (pronounced “Don”) let us know that @danberger had officially arrived.

Another #eventprof Twitter pioneer and tweeting for almost 7 years, Julius made his debut on Twitter as @tojulius. His tweet and a real appropriate one at that as Julius is ALWAYS a blogging!

A true Twitter fanatic, we knew where to find @LindsayFultz when she posted her first tweet in 2009.

Another one the early #eventprof adopters – Damany’s first tweet was on his personal account @Damany in 2007. In 2012, he created @TheEventNerd for his work ventures. 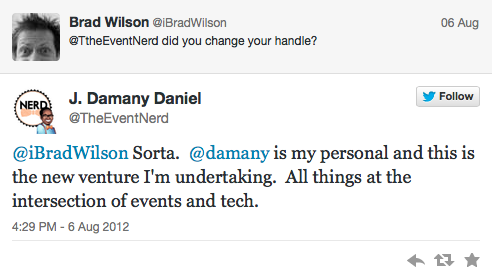 In 2010, Jose used a very familiar hashtag in his first tweet as @josedramirez.

Our Canadian sweetheart and meeting planner maven, Tahira, @TahiraCreates, was pretty excited about her first tweet in 2010.

As an avid online enthusiast, Adrian started tweeting in 2009 as @ASegar.

Event Alley’s Lindsey Rosenthal got started as @eventsforgood in 2009.

In 2009, Meeting Pool’s very own Dahlia started tweeting as @DahliaElGazzar with her first tweet a response to a follower! Dahlia you have always been popular! Online and IRL! 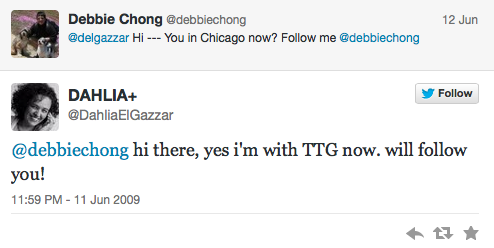 Last, but certainly not least, our very own Michelle Bergstein launched her Twitter account as @EventMktgMaven in 2009. Look out, world!

Check out our latest projects at Beat Creative Marketing! Get inspired by how we can boost your brand and businesses! #PopcornLoversDay #marketingdigital #socialmedia #friyay https://t.co/FxNnBgwYle
h J R