Live Tweeting: The Ultimate Way to Engage During a Webinar 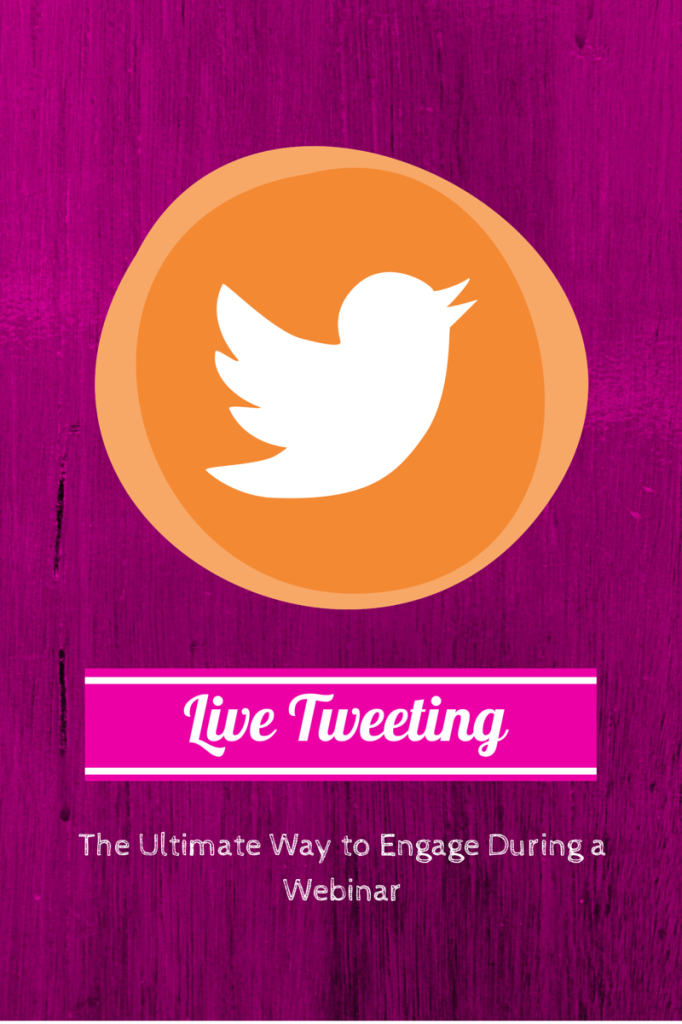 Unless you’ve been living under an rock, you know that the new, trendy way to engage at an event, conference, or trade show is by live tweeting. We go to an event, learn the official hashtag, and fill Twitter with tweets about different panels, or quotes from keynote speakers. If we’re looking to expand our Twitter presence, we search for the hashtag after the event, and retweet, favorite, and follow the top tidbits of information and relevant Twitter accounts. It’s a great way to engage while getting yourself and your company out there in the social media universe.

But what if there was an easier way of doing it? What if we could live tweet and engage with people without even leaving our office chair? What if we could monitor the new tweets as they were coming in, and instantly retweet and favorite?

Ladies and gentleman, I present: live tweeting from a webinar!

I know, you’re thinking, “What? How is this better than live tweeting at an event?” Let me explain.

When I first started attending marketing webinars for BeatCreative, I had no idea people live tweeted during webinars. A hashtag was provided at the bottom of the screen, but I just thought it was for asking questions to the presenters. I got curious, though, and searched for the hashtag on Twitter. I immediately saw tweet after tweet on the page, with questions, memorable quotes from the speakers, and key points from the presentation. And it wasn’t just 10-20 tweets during the hour-long webinar. There were new tweets popping up every second. I had to refresh my page multiple times because it wasn’t updating fast enough. So I asked my co-workers if it was okay for me to write a couple tweets during the webinar, and started live tweeting. That day, we got a handful of new followers, along with retweets and favorites near the double digits. 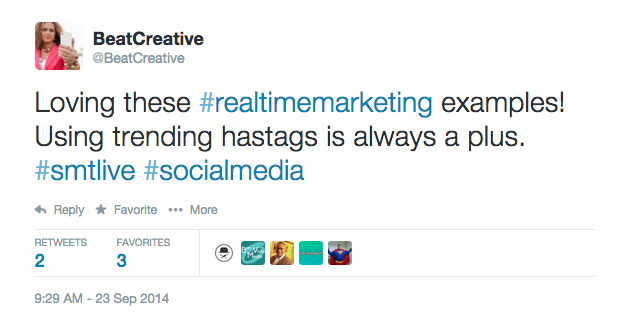 From that day on, I made sure to always live tweet during a webinar. During a recent marketing webinar from Social Media Today and Spredfast, I was able to learn more about using real time marketing and trending hashtags, while also building BeatCreative’s presence on Twitter. During that 1 hour webinar, we gained 19 favorites on our tweets, 8 retweets, and 5 new followers, including a follow from Spredfast. From what I’ve seen at events, those numbers are better than live tweeting from a 3-day conference. 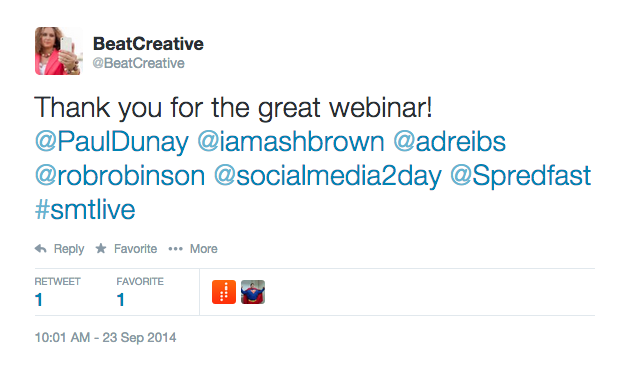 So, will you be live tweeting at your next webinar?

Check out our latest projects at Beat Creative Marketing! Get inspired by how we can boost your brand and businesses! #PopcornLoversDay #marketingdigital #socialmedia #friyay https://t.co/FxNnBgwYle
h J R