I had the great pleasure of speaking at this year’s 2013 IMEX America Conference at the Sands Convention Center and Expo. I spoke on two social media stimulating flash sessions on the “Do’s and Don’ts of Social Media Posts” for Facebook and Instagram along with a session on Twitter entitled “To Tweet or Not to Tweet”. These sessions definitely provided some social media stimuli to attendees at #IMEX13 and it showed but the overwhelming feedback in the social-sphere.

I also had the opportunity to hang with some of my favorite #eventprofs and one who I particularly admire dearly and finally got to meet in the flesh, Ms. Kiki L’Italien! Another favorite event pro of mine – Tahira Endean pulled me over to the Visit Toronto booth to have a sit down with Kiki and give her the skinny on what we putting down socially at IMEX. Check it out!

The feedback was amazing from my peers and the attendees who visited the sessions. Don’t just take my word for it… See what they had to say: 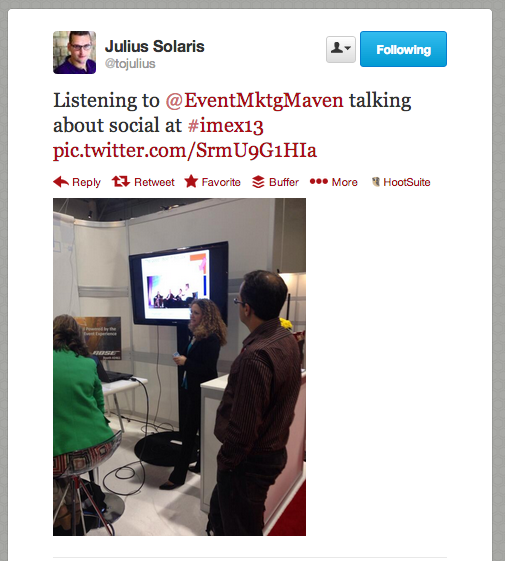 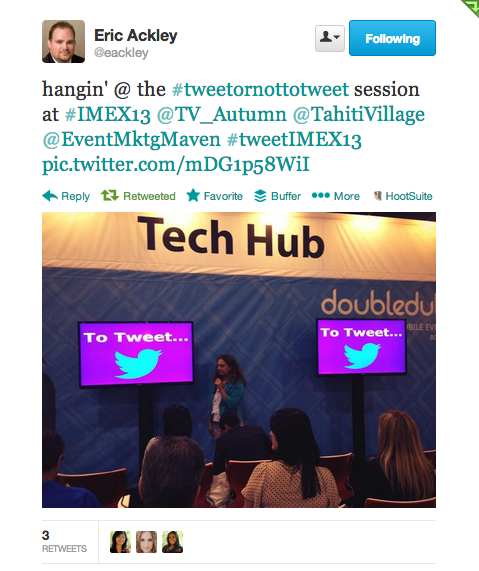 For those of you who couldn’t make it, catch one of the presentation recaps on  Slideshare from “To Tweet or not to Tweet”:

“The one thing that was so consuming was the air,” Bergstein-Fontanez said. “The smell - it was so potent, like that burning smell of metal. And even in the weeks and months, that smell just lingered.” Read the featured piece at https://t.co/5T3SNx71I1 #neverforget #NYC https://t.co/kQY7D8jaXA
h J R
@BeatCreative

Teaming up with the best @castaldomedia, our innovative photography partners. Capturing quality content is just one of the marketing tools we assist you with. #digitalmarketing #besocial https://t.co/FX3zTmFFqw
h J R
@BeatCreative

Looking for some inspiration with branding and catalogs? Our team of professionals can walk you through the design process that will give you an edge. #marketing #branding https://t.co/kghon3RLEi
h J R